You can write too

Please, please don’t think that you are not a writer. I am a firm believer that everyone has a writer in them. You must not think that your ideas are rubbish. If you’ve ever had a mad, exciting dream full of drama, tension and feeling, with an array of characters in it, well, that is the writer in you coming out. To write, you need to…

Be a noticer of things 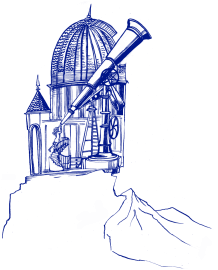 To notice things you have to open your eyes and ears and then when you’ve noticed the thing, have a part of your brain where you slot that noticed thing away.

Wake up your imagination

To have a good imagination, you must never stamp on your imagination. Your imagination is like a crazy part of your brain that can often be ridiculous with its ideas. It makes odd leaps and bounds. It can suggest things to you at very inappropriate moments. But don’t cuff its ears and tell it to stop, because if you do, it will shrivel up. Once it is small and shrivelled, it is very difficult to bring back to life. Just think of all those sad grown ups you’ve met who look like the world bores them to tears. Well, there’s a good chance their imaginations are like tiny, grey, shy creatures inside them, instead of being big, bubbling and wonderful. A good imagination is a great help through life. All children are born with great imaginations. Look after yours.

Lastly, you need to have some sort of control over language so that you can use the right words to really get your message across.
To control language you have to practice talking, telling stories and writing stories, letters and poems. Language is fantastuubulous stuff.

Try to imagine the whole story in your head before you start, like a film you’ve watched. Take five minutes doing this, or five months. You can lie on your bed with your story running through your mind like a dream. Rewind it and play it again and again. Experiment and make it as complete as you can. Get to know its parts before you start – its characters, places and the drama that happens.

Before I wrote anything very long, I wrote comic strips. This was a good discipline as the comic strips I did had to fit into twenty four pages. I had very little space to tell my story. That meant that I had to be very choosy about what I put in the comic strip. I had to get the characters across in as concentrated a way as possible and I had to only allow a certain amount of space for each part of the story. It was a very good way to start writing because sometimes, if you are not a confident writer, it is easier to draw what you want your reader to see. Eventually you might say, ‘Hey, I don’t need to draw pictures anymore, I can describe that picture in words.’

There are quite a few writers who now write really, really long books but who started off writing in comic strip form. Comic strip is a brilliant thing and you must not think it is a poor relation to writing. It is an art form in itself and will help you learn to write.

If you like, and this goes for when you are writing comic strips or a story with no pictures, you can draw your characters, this will help you describe them later. Wherever you are, on a bus, walking, in a shop, take a look at the people around you. Draw a picture of any who might make interesting characters. You can start a character book where you collect these pictures. You can also have a section of your character book where you do characters.

Based on people you know, and with these characters, you can do interviews. You can ask questions, any questions! Imagine what you might find out!

May brilliant ideas come whizzing out of the inside of your head… and GOOD LUCK!