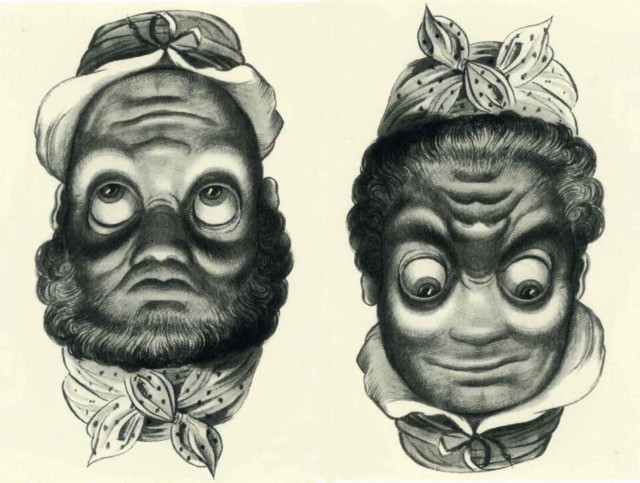 Rex Whistler was a British artist, illustrator and a set and costume designer for the West End theatres in London. He had a career that covered many creative pursuits. Tinker and Housewife was one of many illustrations he did of reversible heads. The illustrations were first published in a book called OHO in 1946, after his death. These illustrations played with optical illusion – if you viewed the illustration one way it would be a tinker and if you turned it upside-down you would see a housewife. Others in the series included a policeman that turns into a sailor, and a queen that turns into a king.